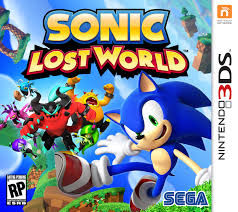 I love Sonic and I always have. I remember staring google eyed at the first game in my local game store when I was eleven years old. And so the love affair began. Sonic 1,2,3, Sonic & Knuckles, Sonic Adventure, Sonic Advance… All great classic titles that fill me with joy and nostalgia.Of course, there have been some truly hideous Sonic titles sent out there too. Although it’s beloved by a certain contingent, I felt the rot got semi-started by Sonic Adventure 2 which was buggy and poorly made. And then it got worse; Sonic Heroes, the Sonic Rush series, the Sonic Advance sequels, Shadow the Hedgehog, Sonic Unleashed and… Possibly the worst game OF ALL TIME, take a bow Sonic ’06. But the blue blur has bounced back in recent years. Sonic Colors pulled Sonic out of the crapper and games like Sonic & Sega All Stars Racing, Sonic 4: Episode II and the sublime Sonic Generations re-cemented his position as king of the mascots. 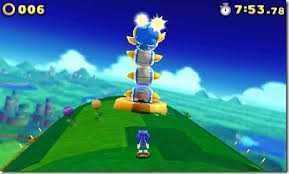 This looks fun and it IS fun. Great demo… SHIT game.

And now we have Sonic: Lost World on 3DS. Which is… Unbelievably bad. The unfortunate (and recurring) trait of forcing in mechanics that don’t work or belong has been pushed into overdrive with this game. Sega has thrown everything and anything at the wall to see what sticks. Here’s a hint, Sega; NONE OF IT DOES! Infuriating design choices, limited actual ‘platforming’ levels (the kind that are unhindered by awful gimmicks), a crazy amount of trial and error… It’s just bad heaped upon bad. And it’s really unforgiving to boot. That’s such a shame because the demo was tons of fun. It was colorful with tight controls and interesting wall-hoping mechanics. Why can’t they just make a game like that without messing it up with all kinds of annoying shit? I sincerely hope that the WiiU version is better because this awful title represents a real stumbling block for the franchise. Basically; avoid this terrible 3DS ‘game’ at all costs!